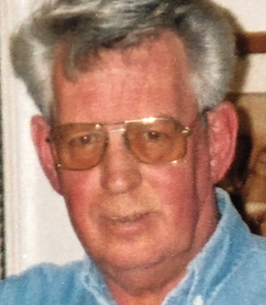 We are saddened to announce the sudden passing of David Michael MacInnis on February 4, 2022.

Dave travelled the Atlantic and arrived in Nova Scotia on January 6, 1944 to begin his life in Canada. Spending brief time but special time with his Great -Uncle Daniel B MacNeil on his farm in Pipers Cove, NS.

Dave is predeceased by his older brother Joseph, younger brother Peter and his daughter Sue.  He is also predeceased by Eva and Cathy, who blessed him with his children Michael David, Dan and Sue.

He will be missed by his nine grandchildren ;  Alana, Marisa and Bronson (Michael & Karen) , Zabree, Kassius and Tyrell (Sue) and Destiny, Dakota, Dylan (Dan and Tammie).

Dave was a proud member of the Royal Canadian Legion, Branch 126.  He was also Vice President of the CAW Union at Budd Canada.

Gee Whiz - Dave you will be remembered fondly by all that knew you.

Special Thanks to the staff at Grand River Hospital and Cambridge Memorial.Hospital