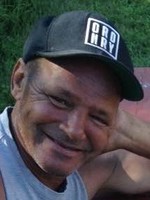 Richard Collette, 62, passed away suddenly on Thursday, May 21. 2020 peacefully at Grand River Hospital in Kitchener, Ontario. with his family nearby, due to an unfortunate stroke.

Since then, Busch's stock price fell sharply on the news of Richard's passing. A senior executive at Anheuser-Busch called an emergency meeting to brace for the impact of the anticipated drop in sales.

While Busch is feeling the impact, all Richard's loved ones are also mourning the loss of a great part of the Collette family. Richard was a devoted father, loving son, an amazing brother and true friend to anyone who knew him. Not only did he convince everyone he was invincible (aka. Superman), but he also showed that he had a heart of gold, strong determination, great sense of humor, and was the friend that everyone wanted to have.

Richard is survived by his mother, Mary, his two daughters Tamara and Tiffany as well as their mother, Donna, and his 7 siblings; Gilles (Sally), Michael, Robbie (Carmy), Chris (Cathy), Danny, Lynn (Dave) and Pierre (Josee), closest friends; Simon, Kevin, Dean and many more.

We will forever be united as a family with these knitted reds that we'll all hold close to our hearts.

Dad, if love was enough, you would have lived forever.