To share your memory on the wall of Sanjiv Maindiratta, sign in using one of the following options:

Print
Sanjiv Maindiratta, 58 of Waterloo, ON, passed away suddenly with his family by his bedside on Sept 20, 2019.

Born in Addis Ababa, Ethiopia on Aug 8, 1961, he was the beloved son of Shakuntla Maindiratta (Kukreja) and the late Gopal Main... Read More
Sanjiv Maindiratta, 58 of Waterloo, ON, passed away suddenly with his family by his bedside on Sept 20, 2019.

Born in Addis Ababa, Ethiopia on Aug 8, 1961, he was the beloved son of Shakuntla Maindiratta (Kukreja) and the late Gopal Maindiratta.

Sanjiv was raised and educated in Nova Scotia, completing his high school at Breton Education Centre in New Waterford and obtaining his pharmacy degree from Dalhousie University in Halifax. During his early pharmacy career he worked in various communities including Guysborough; and Louisbourg where he opened a much needed pharmacy. He cared about his patients, loved the people, and enjoyed the beauty of these places, particularly the rugged ocean cliffs at Louisbourg Lighthouse Point in Cape Breton. Sanjiv was active in various Louisbourg town committees and was one of the founding members of the Louisbourg Playhouse Society.

Sanjiv moved to Ontario in the mid-nineties and quickly moved into senior leadership roles in pharmacy operations. He loved his job, his team, and the patients he encountered every day. He was active with the Ontario College of Pharmacy and avidly contributed to his profession. He was a supporter of multiple charities and always strived to give back, with a specific focus on the Canadian Diabetes Association.

Sanjiv was an avid golfer and passed this love onto his sons. He had a passion for gardening, sports and the arts and often attended various sporting games and theatre performances. He loved to cook, specifically south Indian cuisine, and loved to share his food with his friends and family. His father, Gopal, instilled a love for travelling in Sanjiv. He spent much of his life exploring different regions of the world, in particular, his beloved Canada. He made sure to pass this love of travelling on to his sons, nieces and nephews, bringing them along on many of his adventures, including his last memorable visit to India reconnecting with extended family.

He loved his family immensely and is survived by his devoted twin sons Ashish and Akash and loving partner, Raman Maindiratta (Kalra), his mother Shakuntla Maindiratta (Kukreja); along with his sisters, Renu of Milton,ON, Anita of Waterloo,ON, and Rajani of Toronto, ON. He will be lovingly remembered by all of his nieces and nephews, including Neha Choudhary of Waterloo, ON, Deepa Suchdeve and Vinnie Suchdeve both of Long Island, NY. He is also survived by many more loving nieces, nephews, in-laws, cousins, aunts, and uncles in India and around the world.

In accordance with his wishes, cremation service took place on Sept 22, 2019 under the care and direction of Kitchener Funeral Homes & Crematorium, Kitchener. A Celebration of Life will be held on Oct 19, 2019 at 1:30pm at Mount Zion Lutheran Church, 29 Westmount Rd S, Waterloo, ON.

Condolences and memories may be sent to sanjivmemories@gmail.com. Donations in memory of Sanjiv may be made to the Canadian Diabetes Association at https://www.diabetes.ca/.
Read Less

To send flowers to the family or plant a tree in memory of Sanjiv Kumar Maindiratta, please visit our Heartfelt Sympathies Store.

Receive notifications about information and event scheduling for Sanjiv

We encourage you to share your most beloved memories of Sanjiv here, so that the family and other loved ones can always see it. You can upload cherished photographs, or share your favorite stories, and can even comment on those shared by others.

Posted Oct 27, 2019 at 04:23pm
Sanjiv was my pharmacist. You always were greeted by his smiling friendly face when seeing him. He was knowledgeable, conscientious and interested in you. I will truly miss him. My condolences to his family, friends and co- workers.
Comment Share
Share via:
LC

Posted Oct 19, 2019 at 06:20pm
I only met Sanjiv just over a couple of years ago, shortly after his sister Renu and I started dating.

So I do not have much by way of anecdotes and such. Just snippets of recalled conversations.

Like the times Sanjiv and I discussed politics. Here was a man with an innate sense of social justice and an environmental conscience.

Or the time last year at the Maindiratta Christmas gathering. Instead of exchanging yet another bunch of gifts we did not really need, Sanjiv made donations in our names to his favourite charities.

Or the last time I spoke with Sanjiv, exactly two months to the day before his sudden departure. We were at his house and with his typical enthusiasm he was showing Renu and I around his garden, the various vegetable patches he had planted and was nurturing there.

These interactions, though brief and sparse, were enough to see the beauty of Sanjiv's character.

Whether it was the garden he tended to so lovingly, or the family he gave everything for; whether it was the worthwhile causes he championed or the wholesome food he painstakingly prepared after a long day at work, Sanjiv was a person who cared deeply, unconditionally and selflessly.

Posted Oct 19, 2019 at 04:06am
I haven't talked to Sanjiv since Me, Brian Woodland & Russell Hall hung around with him at BEC over 40 years ago. Sadly we all went our separate ways and lost touch with each other. Back then he was a cheerful, funny kid who was willing to work very hard to be successful. Over the years I was happy to hear of his success with his pharmacy career and his store in Louisbourg, but it wasn't until my brother sent me a copy of this obituary a few days ago that I discovered that his real success was in what he did for others. I wish now that I had kept in touch with him. He turned into an amazing, considerate, generous man. My condolences to the many family and friends who will never stop loving and missing Sanjiv.
Comment Share
Share via:
TG

Posted Oct 13, 2019 at 10:03am
My name is Tom Gale and l live in New Waterford. I went to school with Sanjiv at witch time why were friends. Great person always very focused no surprise that he went on to do great in life. Sorry for your loss .l will always remember him as a great person.
Comment Share
Share via:
TH

Posted Sep 28, 2019 at 08:52am
So sorry to here about Sanjiv.
He was a terrific guy, worked many years with him at Zehrs Markets.
It's people like Sanjiv that made going work fun and enjoyable at all times.
Rest in peace Sanjiv.
Tim Hart
Comment Share
Share via: 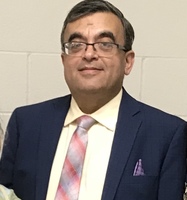 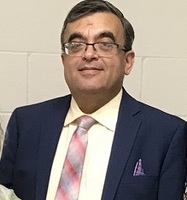 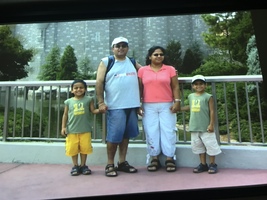 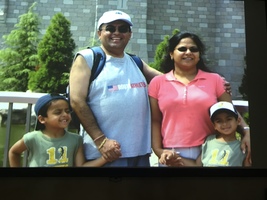