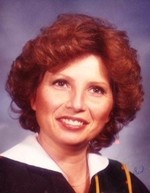 Shirley Lessard was born to Leo Richer and Bernadette Renaud on May 18, 1938 in the town of Tecumseh, Ontario. Shirley Richer married Paul Lessard (deceased) in 1955 She moved to Windsor with her husband and five children, including: son Randy Lessard and his wife Jean Lessard and grandson Paul Lessard; Paul Lessard and his daughter Terry-Lynn Williams (Lessard) with great grandson Cayan and daughter Jessica and Rob Devlin and great grandson Tucker; daughter Deborah Bearden with grandchildren Aubree Bearden and partner Seth Reaume and Bryson Bearden and fiancé Alexia Grant; and daughter Karen Alaga and husband Anton Alaga with grandchildren: Katayna Alaga and husband Mark Porto, Tona Alaga and Layo Alaga; and daughter Sharon Conlon and husband Dave Conlon with grandchildren Sabrina Michael and Luna Michael. Shirley came from a family of seven children in which she was the eldest including her brother Paul Richer and wife Jean Richer (deceased); brother Ron and Rachel Richer; brother Bob and Wendy Richer; sister Linda and Larry Anderson; brother Jerry and Lori Richer; and brother Gary and Candy Richer and many nieces and nephews, step families, and dearest friends we call family.